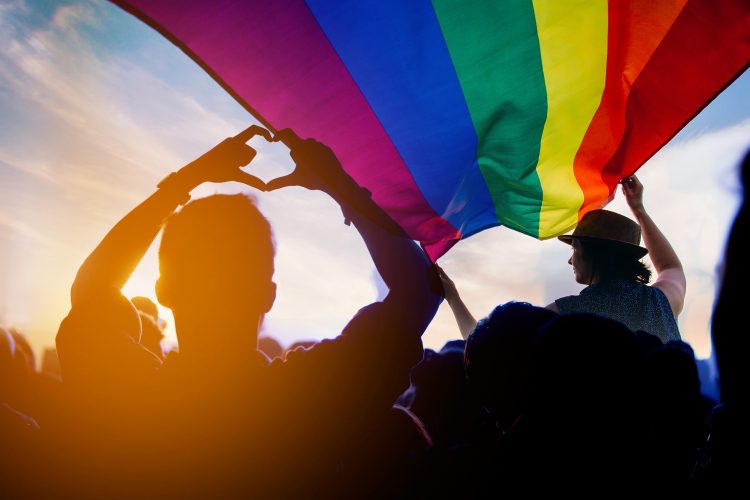 COVID-19: No quarantine for LGBTQI- phobia

Exactly 30 years ago, on the 17th May 1990, the World Health Organisation (WHO) – currently in the spotlight due to the Covid-19 crisis (Coronavirus Disease 2019) – removed homosexuality and bisexuality as a “mental illness” in its International Classification of Diseases (ICD). However it took until 2018 for the ICD-11 to finally remove trans-identities from its register whilst still maintaining considerable confusions in its literature between sexuality and gender identity.

The 17th May has become a symbolic date throughout the world and celebrated in more than 130 countries for honouring IDAHOBIT (the International Day Against Homophobia, Transphobia, Biphobia and Intersexphobia) since 2005 following the intiative of the University scholar and LGBTQI activist Louis-Georges Tin.

Belgian Pride, one of the most celebrated events in Belgium, brings together more than 100.000 people every year. Although initially scheduled for the 23rd May 2020, it will no longer be able to take place on this date due to foreseen safety measures. Ironically, the theme for this year was “We Care”, focusing on the mental, physical and sexual health of the LGBTQI+ community. Pride is one of the essential gatherings that honour citizens that are still facing invisibility far too often, denied fundamental rights and discriminated in daily life. These events allow civil society and the political world to focus attention on the inequality of treatment still very much present, as well as the aggressions and difficulties of coming out, which are particularly important issues at the moment.

In effect, periods of crisis, economic recession and collective traumas inevitably lead to the aggravation of social inequalities and the search for scapegoats. The latter are often issues for minorities, in terms of power and numbers, who are easier targets from a practical and symbolic point of view. This is the case for women, LGBTQI+ people and people who are perceived as and/or are actual immigrants.

Consequently this opens an opportunity for a multitude of public figures to express their LGBTQI-phobias once again and even to instrumentalise this difficult period against this community. Unsurprisingly, the Covid-19 crisis, the anxiety-provoking media and strict confinement measures have placed 3 billion human beings under lockdown and deprived them of innumerable services, as well as led to significant LGBTQI-phobic manifestations in neighbourhoods, by families or the general public. These two grievances coincide like a vicious cycle, the words of the first legitimising the violence perpetrated by the second.

A sinister overview of LGBTQI-phobic rhetoric.

For example, pastor and radio-host Steven Andrew from the Evangelical Christian Church in America, as well as the self-proclaimed pastor Rick Wiles, recently claimed that this coronavirus was a divine punishment to eradicate the sin of homosexuality and that the month of March would be “that of LGBT repentance” (1)(2). Monseigneur Léonard, prelate of Belgium, had similar comments concerning HIV / AIDS in 2010, which he considered “immanent justice”. For these remarks he was never condemned.

Similarly, Ralph Drollinger, also an American pastor and close advisor to Donald Trump’s office, stated a few weeks ago that the epidemic was “punishing the inclination of lesbianism and homosexuality in society”, insisting on “passing on the fault of China” and “the religion of environmentalism”. (3)(4)(5) The Samaritan’s Purse Emergency Field Hospital in Central Park, New York, headed by the conservative Reverend Franklin Graham, was also subject to heavy suspicion of unequal treatment for LGBTQI+ patients and employees. (6)

The Senegalese Imam Arabi Niass of the Léona Niassène mosque in Kaolack gave his own spin and explained that the virus was a divine punishment attacking the Senegalese authorities who welcome “foreigners promoting homosexuality”.

At the same time in Marseille, France, a caregiver and his companion received an anonymous letter instructing them to “leave the residence because we know that homosexuals are the first to be contaminated”. Exactly the same situation for a young  comedian from the island of Réunion, Tony Baêty, where an unsigned letter stated, “homosexuals are the first to be contaminated”. And again, a 38-year-old from Nîme, France received a message stating “We have nothing against homosexuals, but we know you will be the first carriers before others as it happened with AIDS” (7)(8).

Also in March 2020, Rabbi Meir Mazuz, known for his homophobic and ultra-nationalistic positions, claimed that all countries affected by this pandemic was in order to make a movement against the Prides they organise, with an exception of the Arab countries which, according to him, “do not have this diabolical inclination”, which is factually and doubly false (9).

In Ghana, where a law banning homosexual practices still persists since the colonial era, British Sheikh Osamanu Sharubutu took the opportunity to recall the demonic aspect and shame of homosexuality, while Sheikh Amin Bonsu reminded believers to repent for their sins in the face of the health crisis, particularly for the most “abominable” (sins) which are “homosexuality, lesbianism and transgenderism” (10)(11).

Meanwhile, on the 30th of March the Hungarian Parliament adopted an “exceptional coronavirus law” granting considerable powers to the executive and allowing its Prime Minister Victor Orbán to govern by ordinances. He denied access to any asylum seeker upon arrival of the pandemic in Europe accusing refugees of “spreading the disease”, and a new bill issued on the evening of International Transgender Day of Visibility, tabled by Deputy Prime Minister Zsolt Semjé, requires the mention of “sex at birth” on official documents, thereby denying the true gender identity of trans* people, thereby exposing them to an increasing the amount of risk for any official administrative procedures. Note that in addition Hungary has not participated in the Eurovision song contest this year in proclaiming that the values conveyed by the event are “too pro-LGBTQI”. (12)(13)(14)

While the associations LGBTQI+ alQaws, Proud Lebanon and Mawjoudin, respectively Palestinian, Lebanese and Tunisian, were forced to continue their consultations and exchanges via discrete telephone calls with a surprising increase in these (16), Sofia Talouni, the Transgender and Moroccan “influencer” based in Turkey shook the Cherifian kingdom where homosexual practices also remain illegal, by calling sharply for a lynching of gay men. She explained how to create a false profile on different apps and find gay and bisexual men in surrounding areas. Motivated by monetary and political reasons, her denunciation has already led to multiple evictions and death threats, and even pushing a young man to suicide as reported by journalist Hicham Tahir (17)(18). Her call was denounced amongst others by the homosexual Moroccan author Abdellah Taïa.

Finally, in early May, we discovered a new “cluster” of at least a hundred coronavirus contaminations from the Itaewon district in Seoul, largely frequented by South Korean night owls, mostly LGBTQI+. Suspicions of the origin of this spread, still disputed, had previously focused on a young 29-year-old man who was unaware he was infected and who spent the evening in different gay bars and clubs. These nightclubs in the capital were legally reopened by imposing certain strict rules of hygiene and social distancing. However, the LGBTQI+ community quickly found itself targeted by the press. Let’s just say that homo-, bi- and transphobia remain very much alive. Members of the community now live in fear of being tracked down and outed to their family circles, their employers and certain citizens by new surveillance systems. They are already receiving insults and blackmail through fake accounts online and on dating sites (19).

Today, even if certain regions of the world are safer, or that more and more LGBTQI people live in more comfortable contexts, the world is globalised more than ever. The consequences of speaking anti-LGBTQI rhetoric, whether in the political, religious or societal sphere, can quickly lead to a domino effect which crosses borders and jumps social classes with vehemence and hashtags. For this 17th May 2020, the RainbowHouse Brussels wanted to reaffirm its solidarity with its community.

Brussels Prevention & Security and the Brussels Regional Public Service (equal.brussels) together with RainbowHouse Brussels are conducting a data collection project on violence...