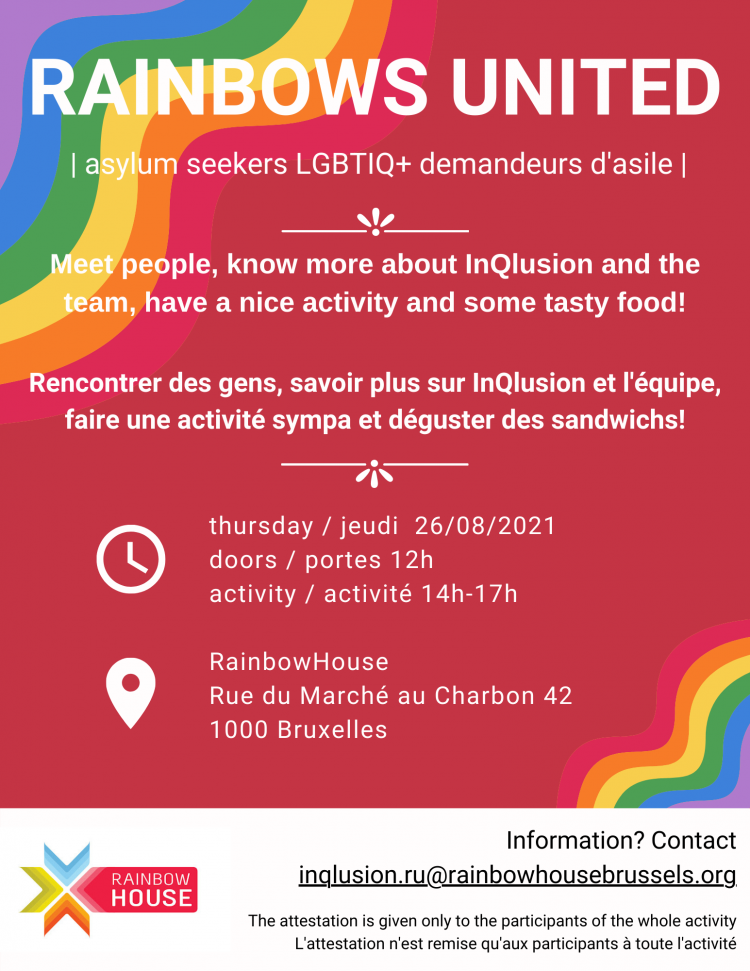 Rainbows United is back

Hey there! We have some good news for you !

We will organize the Rainbow United meetings again! Rainbow United are nice shared moments, only for asylum seekers. During the activities and workshops, you will have the space to express yourself and to meet other queer people from many different countries in the world.

Interested? Apply for one of the 12 groups. There are only 10 places per group. When: start on the 1 of July

Languages: french and english (we are considering spanish speakers groups). If you don’t speak any of these two languages, we can look for a translator (depending of the language you speak).

Looking forward to meet you!