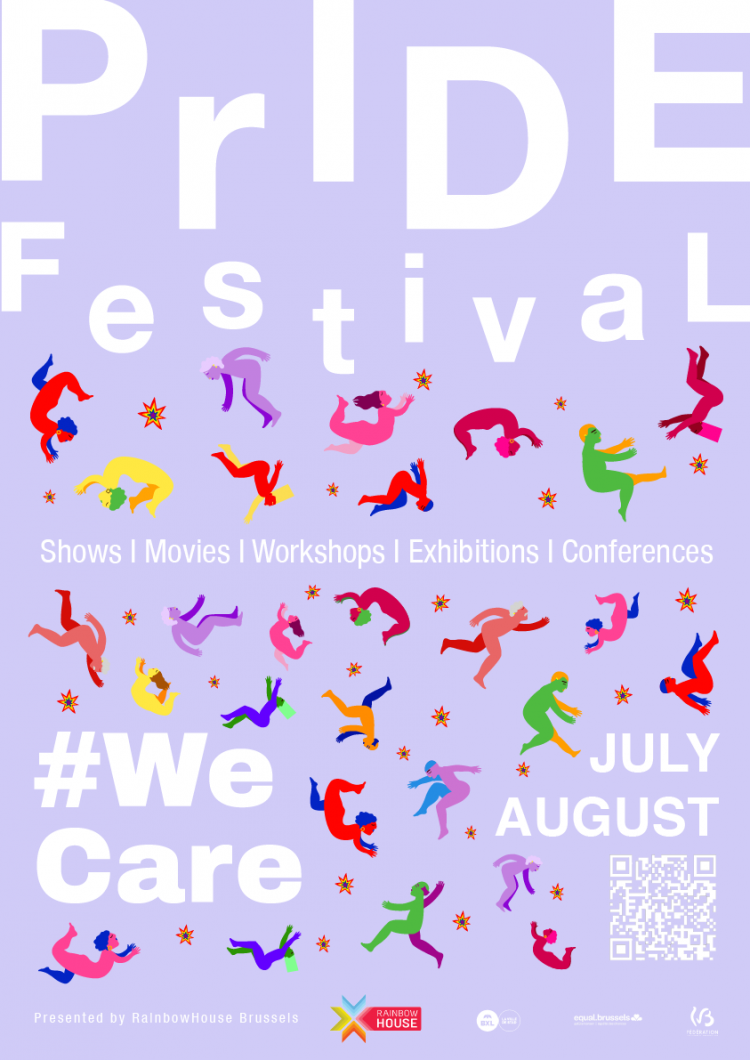 The festival opened on 4 July with the exhibition of “le jeu des c̶i̶s̶-families” (game of the cis-families) and a fiery DJset by Rokia Bamba. The exhibition of the artist Victor Lacôte could be visited throughout the PrideFestival and until the next exhibition was hung. 6 illustrators represent in their styles 6 queer families – families with different features, different colours, each with their own singularity. The exhibition consists of large prints of the original drawings that form the cards of a board game. It’s up to the players & the public to compose their own family that breaks away from cis & heteronormativity! 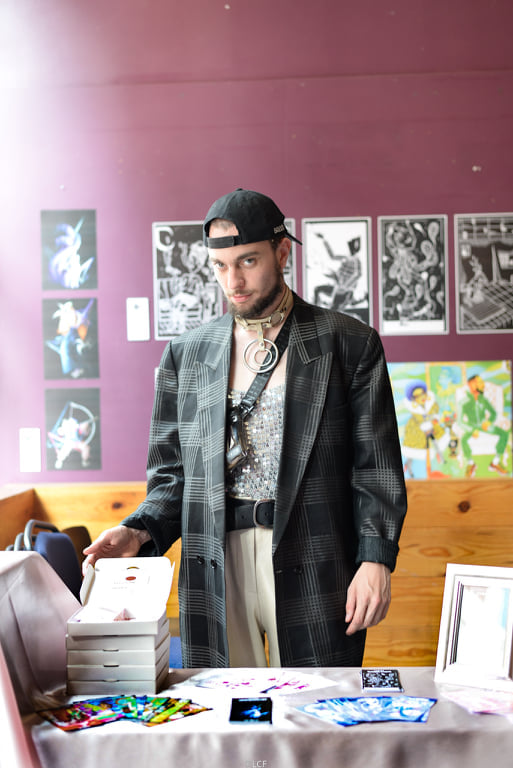 Family is an important anchor for the LGBTQI+ community. But what does family mean? By re-defining their family ties, queers build friendships & siblings that constitute support systems, sharing & love as strong as classical blood ties. Representing families in all their diversity and including them in the festival was another objective of this festival: whether it was via the exhibition “The game of c̶i̶s̶ families” or via the family-friendly programming – children, parents, teenagers, they all had their place at PrideFestival 2021. Indeed, in collaboration with the Cabaret Mademoiselle, mythical place of queer nightlife, and the Tour à Plomb (the new cultural and youth centre of the Saint Jacques district) story readings and awareness workshops dedicated to children & teenagers are organised. The visibilisation and strengthening of family ties did not stop there: the RainbowAmbassadors touched the audience with their poignant testimonies on the identities and experiences of LGBTQI+ seniors. The Cabaret also hosted a screening of the documentary “Montre-Moi Ton Coeur” on pansexuality by the Inclusive, followed by a discussion that will soon be broadcast as a podcast. 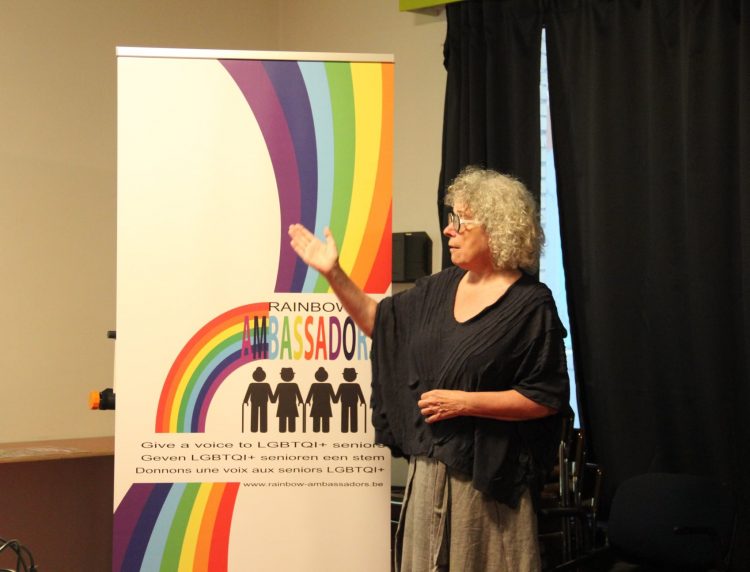 On Sunday 8 August, a bouncy castle in the shape of a unicorn was invited to a family party for all families, heart and blood, at the ABY in the Forest Abbey. The programme included a drag queen reading stories, snacks, a summer atmosphere, games and face painting by another drag queen. 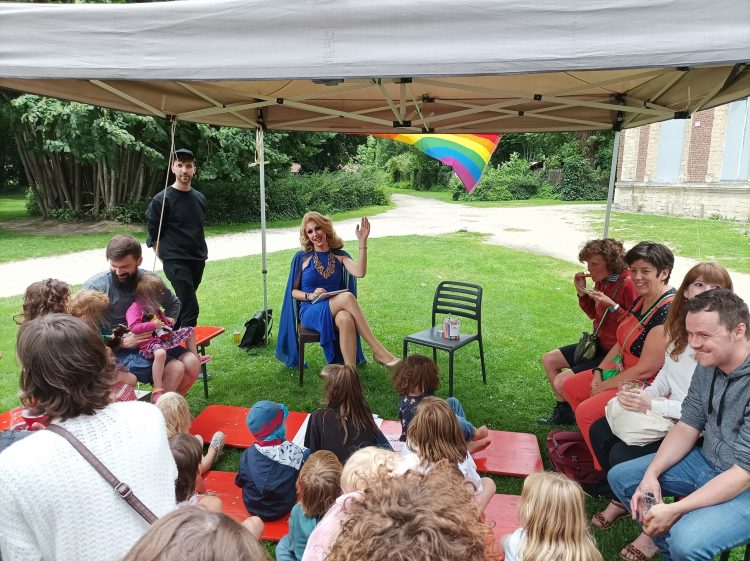 Many RainbowHouse associations contributed to the festival by offering workshops: on transgender sexual health with Genres Pluriels (which unfortunately could not take place) or on the sexual health of LBTQ+ vulva people with GoToGyneco, by organising screenings (of the film “Pride” with Fuchsia), by holding their permanences (for young people with Alter Visio) or by investing new places like the Muntpunt for moments of engaged encounters & linguistic sharing (the summer of love with MATCH). Partners such as Cabaret Mademoiselle also organise introductory workshops in burlesque and drag arts for adults: an opportunity to explore one’s hidden talents in a caring and creative environment. And with Giss, a sold-out self-exploration and exchange workshop on our vulvas! 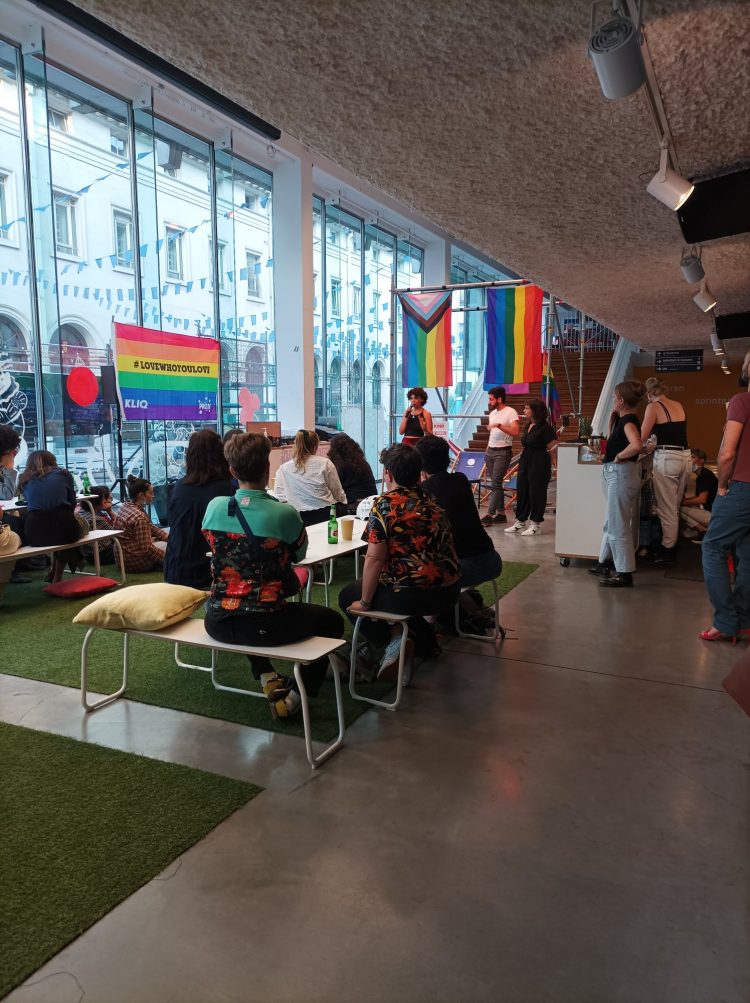 Another common thread was that of sex work, whose official colour is red. UTSOPI, the Union for the Defence of Sex Workers’ Rights, which also fights for queer sex workers, proposed many activities: a double exhibition at the Crazy Circle (the only permanent lesbian-queer bar in Brussels), a permanence during which the LGBQTI+ youth group Brave New You was invited for a queer quiz, or a speed-dating and performance evening during which the public could ask all their questions to sex workers. This community has been particularly affected by the COVID-19 crisis, the temporary ban on sex work & the lack of help and support. This is a very topical issue in view of the Justice Minister’s reform bill. This will be an important step towards a legal framework that will offer sex workers the protection of social and labour law. 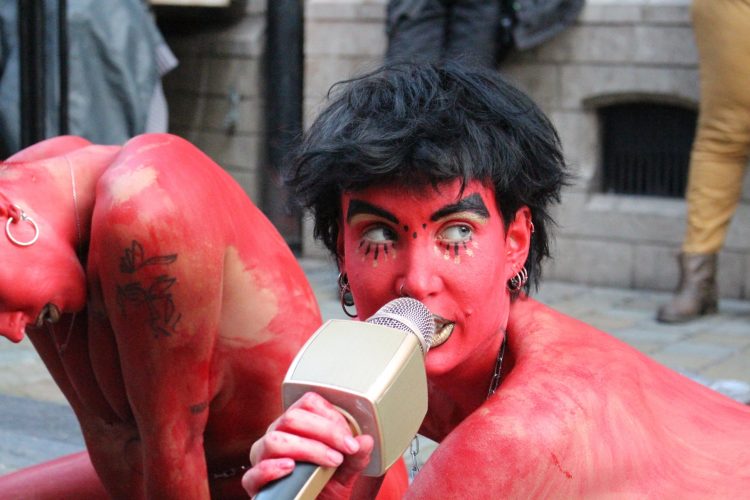 People eager for reflections & debates were delighted to discover the queer historical tours proposed by Marian Lens with the association L-Tour or the conference day on LGBQTI+ health (in)equalities organised in collaboration with UTOPIA_BXL and the Observatoire du Sida & des Sexualités with the participation of UTSOPI, Genres Pluriels and ExAequo. 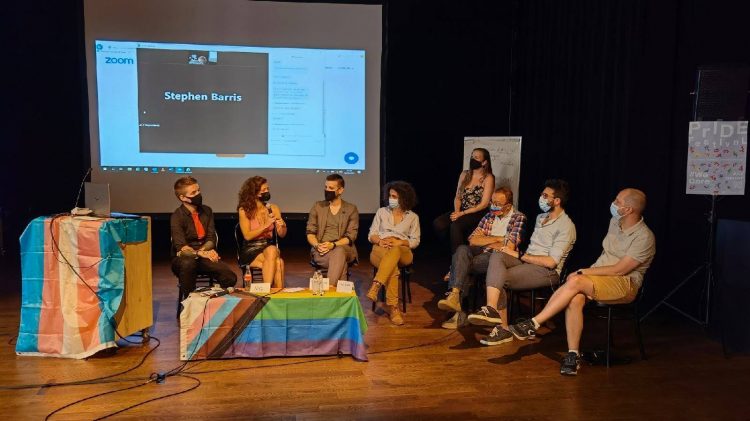 Glitter & an explosion of creativity concluded this summer PrideFestival with the Queer Up The Stage collective who came back, for the 2nd year in a row, for a day and evening of queer shows: drag, performances, dance, humour… more than 20 artists answered the call and dazzled the audience outdoors and indoors on August 21st. 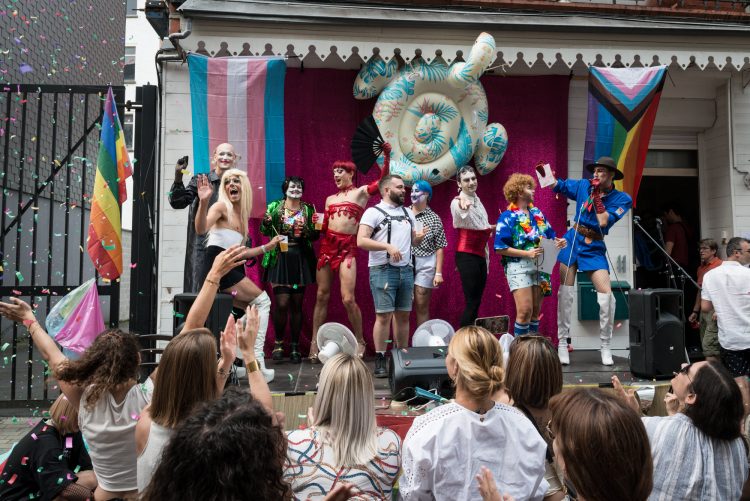